NET25 RECEIVES RECOGNITION AS MOST EXCELLENT AND TRANSFORMATIVE TV NETWORK 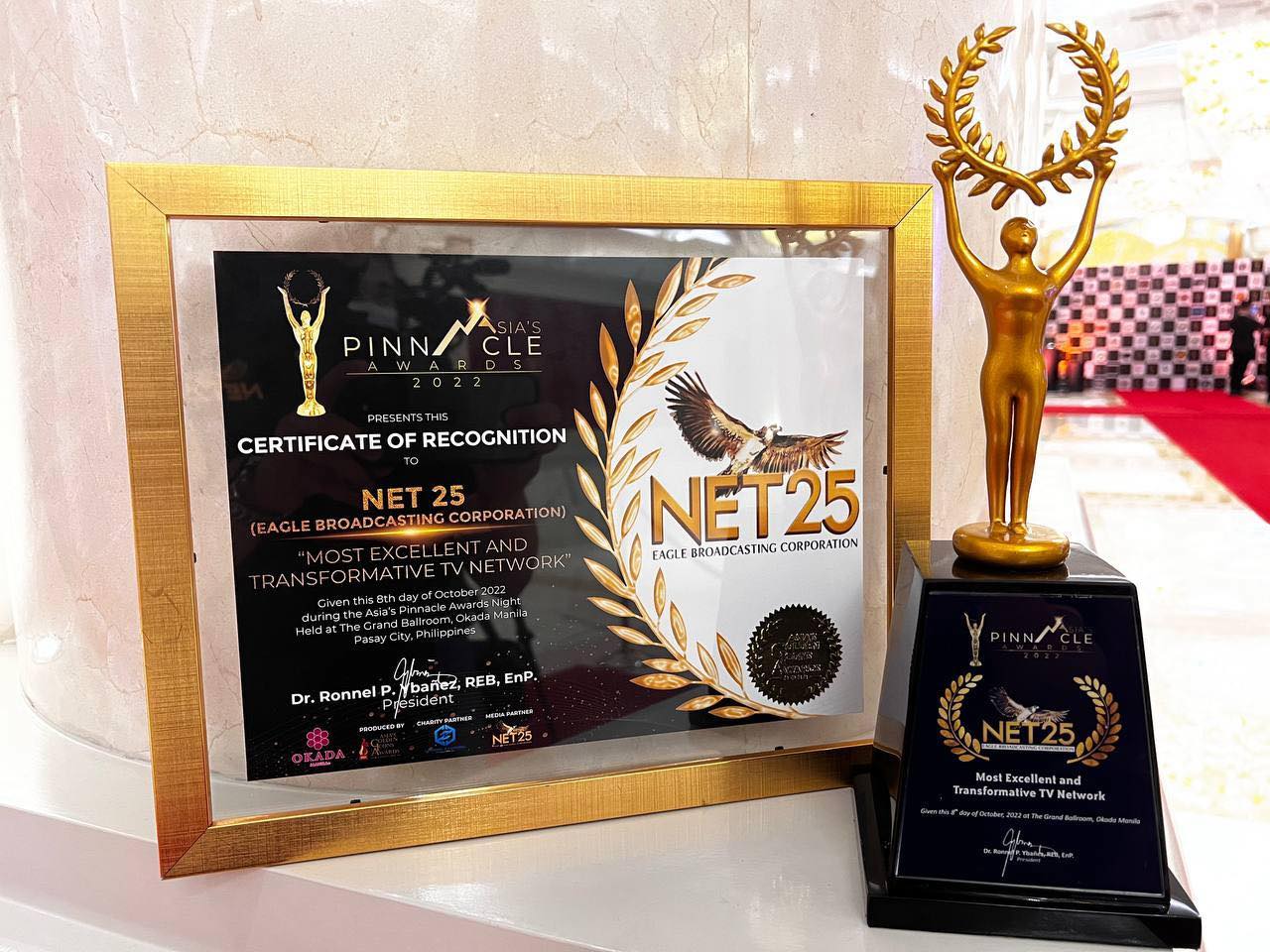 Recognition drives encouragement and inspiration to do better in any field. Recently, NET25 was acknowledged as Most Excellent and Transformative TV Network by Asia’s Pinnacle Award. Thus, NET25 continues in serving the public by providing television programs that are valuable to all Filipinos. Currently, NET25 has launched new shows that promote Filipino values, and culture. They also have a plethora of programs that are informative and encourage the viewers to develop critical thinking. NET25 talents also bagged awards from Asia’s Pinnacle Award. Caesar Vallejos was named as Asia’s Most Outstanding Sales and Marketing Director in the Entertainment Industry. He is one of the pioneers of NET25 who rose from the ranks. Because of his vision, he was recently appointed as the new President of NET25, Eagle Broadcasting Corporation. Aside from him, Daiana Menezes, Alexa Miro and Yukii Takahashi were also recognized. Daiana was named as the Most Outstanding Television Host in the Showbiz Industry. Daiana is one of the hosts of NET25’s morning show, Kada Umaga and a segment host in the new season of Tara Game, Agad-Agad with Mr. Aga Muhlach. Yukii Takahashi was labelled as the Breakthrough Social Media Artist of the Year. As of writing, Yukki already has 8.3 million followers on Tiktok. According to Yukii, she didn't expect to be famous online. She just wants to share her talent online due to boredom brought by the pandemic. Yukii will also co-host Tara Game, Agad Agad. Newbie actress Alexa Miro was awarded as Outstanding Rising Actress in the Entertainment Industry. Alexa is the leading lady of Empoy in NET25’s sitcom series, “Anong Meron Kay Abok”. Meanwhile, NET25’s consultant, Wilma Galvante was named as Asia’s Exceptional Influential Woman of the Year in the showbusiness. She is an instrumental in creating new shows for the TV network. She was the brain behind NET25’s Kada Umaga, Ano Sa Palagay N’yo, Tara Game, Agad Agad, and many more.