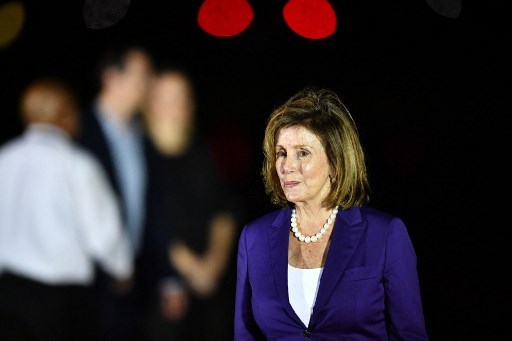 Itinuturing ng Pilipinas na isang security concern ang nangyayaring pagbisita kamakailan ni US House Speaker Nancy Pelosi sa Taiwan na ikinagalit naman ng China, ayon kay National Security Adviser Secretary Clarita Carlos. “Like our neighboring countries like Japan, South Korea, Singapore and others have declared their concern that this visit by Speaker Pelosi might ratchet up the temperature in the region which we do not want to happen as we also reside in this region and we are stuck in between the two conflicting superpowers, China and the US,” pahayag ni Carlos. Ayon kay Carlos sa ngayon ay patuloy ang “engagement” ng Pilipinas sa US at China. “We will just continue engaging with both parties/actors and the President has declared repeatedly that we will engage critically and constructively with both China and the US. You really have to make a fine calibration of our relationship with these two political countries,” sabi pa ni Carlos. Pero pagdating sa China kailangan ang maingat na pakikipagugnayan. “China is our neighbor but at the same time we have continuing conflict regarding the contested South China Sea and on the other hand, we have the Mutual Defense Treaty of 1951 so we are a defense ally of the US. So there are a lot of moving parts and our time right now cannot allow a very involved discussion on this issue,” sabi nito. Giit ni Carlos, mananatili ang One-China policy na igagalang nito. Bukod din sa kailangan nilang bantayan ay isipin ang kapakanan ng mga Overseas Filipino Workers sa Taiwan. “We continue to take that stand but you will recall, we have 145,000 workers in Taiwan, mostly in the manufacturing industry. We have to protect them. That is why we have what we call MECO because they are the ones in charge of the consular requirements of the 145,000 Filipino workers. So we have a stake there, that Taiwan being a stable political and military condition and no factor should disrupt that situation,” sabi ni Carlos. Sa huli umaasa si Carlos na hindi na ito mauuwi pa sa anumang komprontasyon na militar ng China at US. “Yes, it is just a concern and we are not in a crisis mode because what you’re thinking about is unlikely, the scenario of a confrontation. I think the US doesn’t want to go to war nor China, although they have a lot of mobilized aircraft carriers. But we just hope there will be no accidental happening that could spark conflict. That is our concern as we are part of the region. If you ratchet up the temperature of the security architecture, then we are concerned,” sabi nito.